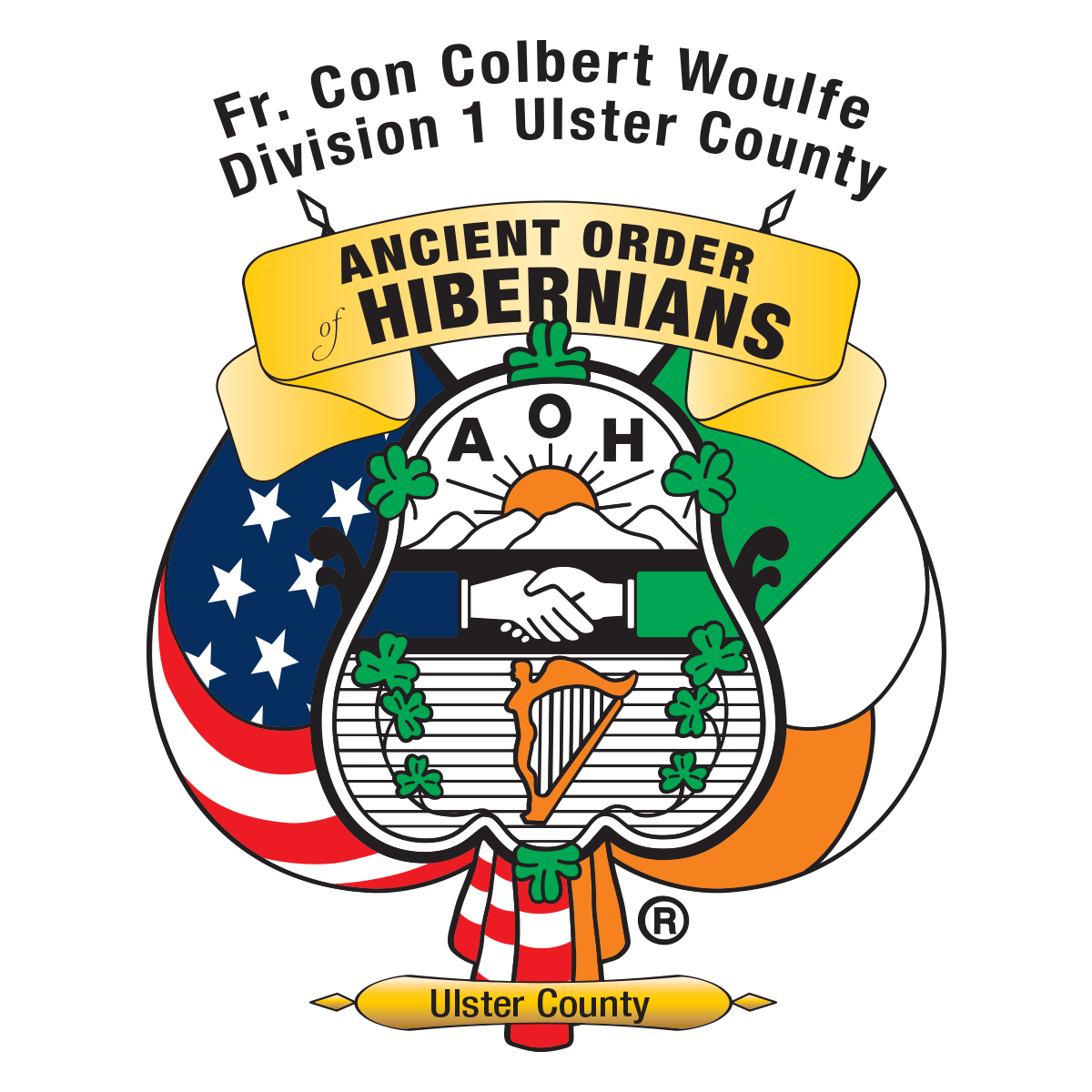 GOD SURE DOES LOVE THE IRISH.
ST. PATRICK'S PARADE 2023 KINGSTON, NY SUNDAY  MARCH 12, 2023.
ALL THE DEPARTMENTS OF THE CITY OF KINGSTON, NY ARE GETTING READY FOR THE BEST PARADE IN THE VALLEY
PLEASE HELP US IN CONGRATULATING OUR DIGNITARIES 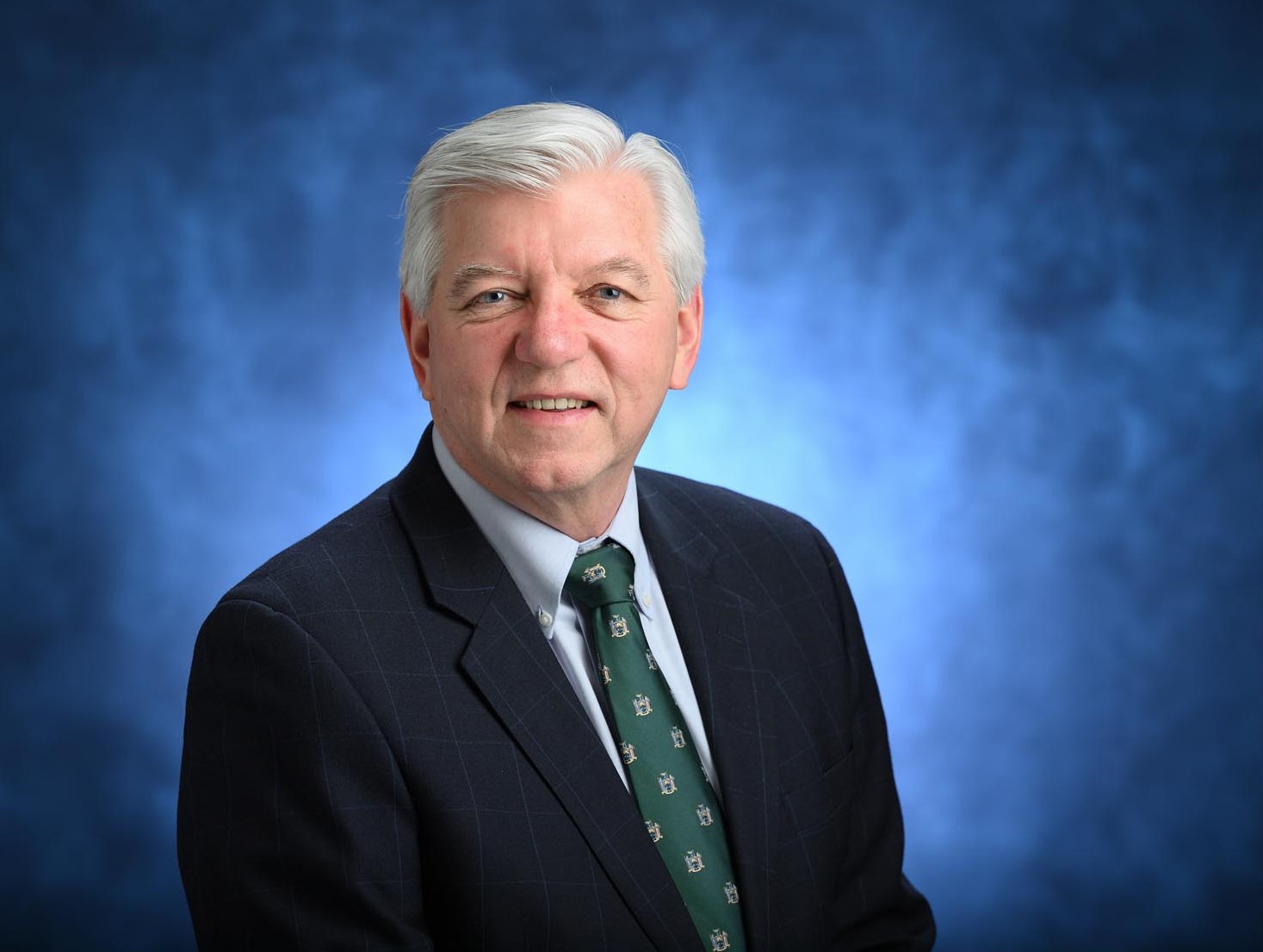 Born in New York City, baptized at St. Jerome's Church in the Bronx, Kevin Cahill moved here as an infant.  He grew up in Midtown, one of 10 children of Michael and Maryalice Cahill.  With cousins all over town, it is fair to say he is related to half of Kingston.  The grandchild of Irish immigrants on his Father's side and second generation on his Mom's, Kevin became aware of his Irish heritage when his late Dad, Mike became a member of the AOH over 50 years ago.

In law school, Kevin took charge of St. Patrick’s celebrations and turned them into days of giving.  When he returned home, he assisted and encouraged Tom Hoffay, Jim Noble and others to start the annual parade in Kingston in the 1980’s.

In 2002, Kevin secured funding to help the late, great Bill Yosh, Ken Brett, Jim Carey and others stage a celebration of Irish culture, music and dance called the Hooley on the Hudson.  He was instrumental in obtaining the corporate sponsorship that keeps this festival going ever since.

Kevin Cahill represented our community in the Ulster County Legislature and New York State Assembly from 1986 until last year.  In Albany, Kevin was an active member of the American Irish Legislators Society and recognized for his cultural contribution with the Daniel O'Connell Award for Public Service.

With ancestry traceable to two of the great Diasporas of Ireland from hunger and war, finding his exact family roots has not been easy.  Multiple visits to Ireland, including with his late Mom, Maryalice in 2009, have affirmed Kevin's love of the land but yielded few clues of his origins.  That has not prevented Kevin from pursuing birthright citizenship from the Republic of Ireland, which he hopes to complete in the next several months.

Kevin Cahill lives in Kingston and is the proud father of two strong women, each with wonderful families of their own. 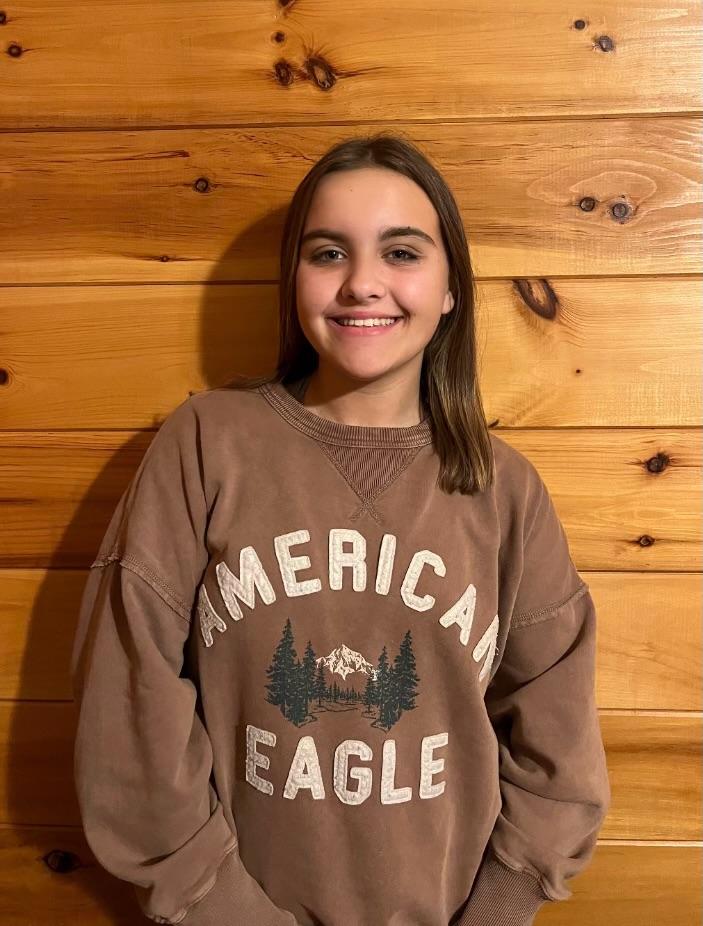 Annika Hietanen, 14, is the daughter of Melissa Schiskie and Christian Hietanen. She is a Freshman at FDR High school, where she is an Honor Rollstudent and the Secretary for her Freshman class. She was a Girl Scout through Junior High and enjoyed participating in community service projects. This year, Annika played on FDR’s JV volleyball team and is currently a member of the Downstate Juniors Volleyball Club. She is also part of FDR’s Varsity rowing team.

Annika has dreamt of being the Irish Princess since grade school, when she would volunteer in the kitchen on Grand Marshall night and then march in the St. Patrick’s Day Parade with her grandmother, former LAOH member, Pat Schiskie. Annika is grateful to be the 2023 Irish Princess to honor the memory of her grandmother and celebrate her Irish heritage. She is also excited to share this day with her cousin, Gustavo Vasquez, the Bearer of St. Patrick! 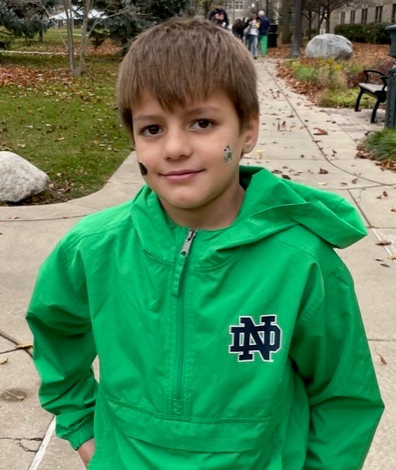 Gustavo Alfredo Vasquez was born on November 21, 2014 to Nelson Vasquez and Shannon Kelly. He is a younger brother to Samuel Vasquez (Bearer of Saint Patrick, 2020-2022) and the grandson of Tom and Kathy Kelly and Rogelio Vasquez and Olga Castillo. Gustavo is currently a 2nd grader at Kingston Catholic School. He enjoys playing soccer on the KASL Dynamos, playing in Kingston's Biddy basketball league, participating in KCS's musical theater, and swimming for the Hurley Rec Tiger Sharks.

Gustavo is proud of both his Irish and Chilean heritage and very honored to be the 2023 Bearer of St. Patrick. This year he plans to march in memory of his grandfather, Tom Kelly, who passed away last year. Gustavo is very grateful to the Ancient Order of Hibernians and LAOH and wishes everyone a Happy St. Patrick's Day.

MAYORS OF THE DAY 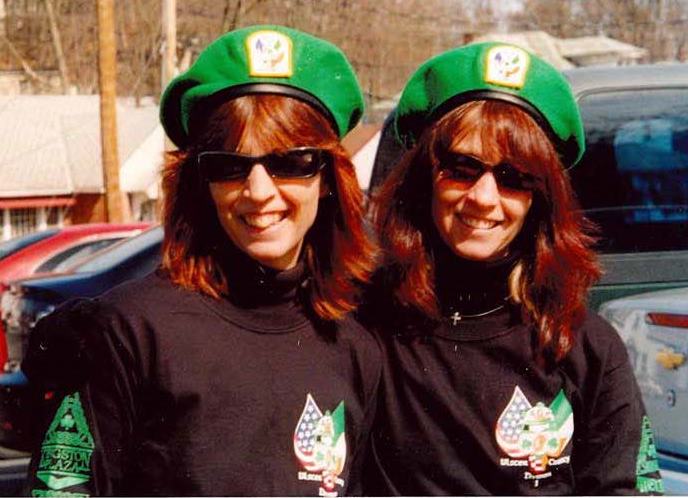 We the Boyle sisters are excited to be the 2023 Mayors of the day!

Our great-grandfather Boyle immigrated from the Northwestern Town of Donegal, Ireland in the mid 1800’s with the last name O’Boyle.

I Pam Boyle, the eldest of the duo.  I am a graduate of Kingston High school and Ulster County Community College. I have 13 years working for the County of Ulster in the payroll department and currently on my 23rd year with the Town of Woodstock as a Municipal Bookkeeper. I am the mother of 1 wonderful son, Henry Wallace III, and the grandma to a sweet black lab “Zeke”.

I have been a member of the LAOH since 2008 and currently hold the recording secretary position. I have co-chaired the Hooley on the Hudson, Lasagna and Christmas dinner and various picnics.  In my spare time I am the association manager for the Kingston Bowling Association and also spent time volunteering for Ulster Performing Arts Center (UPAC).  I participate in various club sports such as beach and indoor volleyball and bowling.

I, Chrissie Boyle Wrixon, the youngest, I am too a graduate of Kingston High school as well as “the Ranch”.

For the past 39 years I’ve been a hairdresser, with 25 years of owning my own shop. Currently now I’m rent a chair at the popular salon Tendrils. I met the love of my life Tod at the once popular bar Boylee’s and we married June ’85. We have 2 wonderful sons Bret and Connor, plus 1 amazing grandson Brantley!

I too have been a LAOH member since 2008. I am the chair of the Hooley on the Hudson, Lasagna and Christmas dinner and picnics. I enjoy spending my time playing beach and indoor volleyball and knitting.  I have also spent time both volunteering for Catholic Charities and at Ulster Performing Arts center (UPAC).

We are honored to be the mayors of the day in 2023. We are looking forward to the fun as well as the duties it brings.

THE COMMITTEE IS ONCE AGAIN AWARDING TROPHIES TO:

Once again, the Shamrock Run will precede the parade Last year we had a reported 2,000 registrants.

For the SHAMROCK RUN check the website  www.kingstonshamrockrun.org for forms and registration

Please seriously consider taking an ad in the parade journal. Each year it costs thousands of dollars to bring all the bands to Kingston for the parade. The Journal will have maximum of approximately 100 pages.  Please send your ad in as early as possible.

We hope that you will join us in making this parade an outstanding community event. If you have any questions, please contact one of the Parade Chairs.

Get In Touch
Get Social